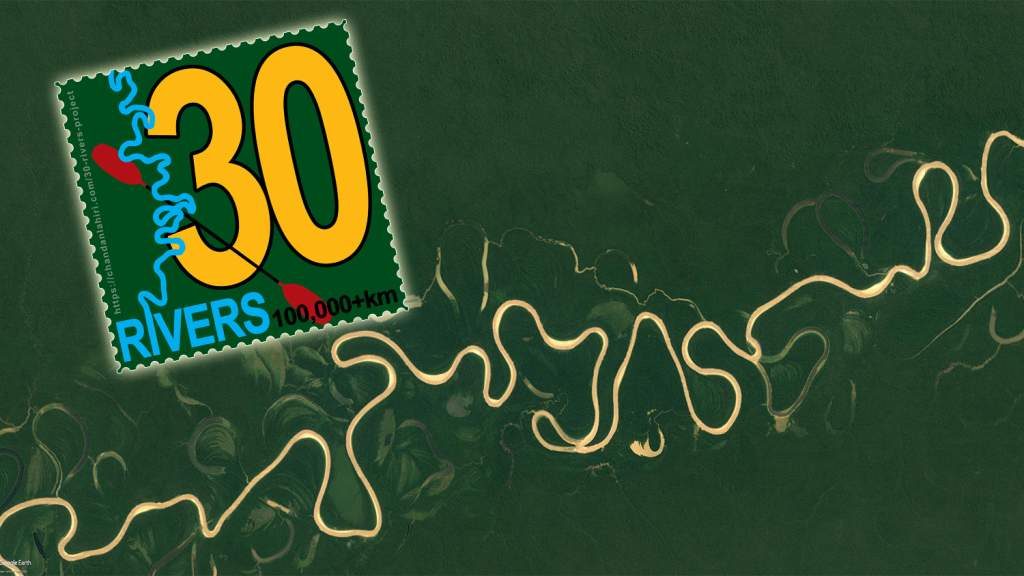 The little blue planet we call our home is the third rock from the Sun. Humans, and in fact all life forms, might have originated from water, considering that three fourths of the planet is covered with water. Much of this liquid is salt water and only a very small percentage comprises fresh water. Fresh water is what is good to drink as far as humans are concerned, and is found in lakes, ponds, rivers, glaciers, etc. Without fresh drinking water life on Earth will change significantly and it is imperative that we protect and keep clean this precious resource.

Let us concentrate on rivers for the moment. The planet is braided with countless rivers and streams. Unlike a pond or a lake that is enclosed on all sides by land, rivers have a distinct source where they start, flow through the land and ultimately discharge into another body of water, usually a sea or ocean, or another river. In case of some rivers, the Volga or the Danube for instance, they discharge into enclosed bodies of water, the Caspian Sea and the Black Sea respectively.

It is difficult to accurately gauge the exact length of rivers since they are usually formed with many small rivulets coming together to form the main river. When rivers drain into another body of water, measuring the length at the mouth becomes even more tricky since the river tends to break up into multiple channels at the delta. Depending on the season a river might change course, making it longer or shorter. Despite all the sophistication that has emerged in technology, it is still not possible to accurately establish the length of rivers.

Given the above disclaimer, here is a list of some of the world’s longest rivers with lengths of more than 1,000 km.

One interesting finding from the above list is that seven rivers more than 1,000 km in length are in India. A slow boat has already paddled down the Ganges, the longest river in India. It is now time to paddle down five of the other great rivers in India … Brahmaputra, Godavari, Krishna, Narmada, and Ghaghara.

The thirty rivers have been chosen from among the 183 rivers in the world that are longer than 1,000 km, and each of these thirty rivers are at least 2,000 km in length. The choice has been made largely from the point of view of logistics. Rivers in Australia and Africa are not in the list and are scheduled for Phase II of the 30 Rivers Project.

Five of these thirty rivers will see me crossing the Arctic Circle – Yenisei, Irtysh-Ob, Lena, Kolyma, and Yukon.

Not all the rivers will be paddled from source to sea, much as I would have loved to do so. The source of many rivers lie at inaccessible altitudes, without roads, flowing through deep gorges, without any scope of finding even a camping location, let alone human habitation. the 30 Rivers Project is about enjoying myself, not about putting my life at unnecessary risk. However, I will try and get as close to the source as I possibly can.

This is a HUGE project and to put it mildly, will take some doing to complete. Optimistically, it is expected to take at least five to six years to complete the project. This translates to paddling 50 km every day for 300 days a year! Or more than a marathon every paddling day. The way forward is to look at it one river at a time. The Ganges is complete; that leaves 49 more rivers. The Volga and the Yukon are slated for 2020. By the end of 2020 I expect to have completed about 10% of the 30 Rivers Project in terms of mileage covered.

Apart from being a series of adventures that are a dream for all those people who consider the outdoors their playground, the purpose of the 30 RIVERS PROJECT is two-fold:

1. To address the issue of depression, particularly among the youth. Nature has some awesome therapeutic properties and once we understand the language it speaks, we will be able to better adapt to our surroundings and environment, to better deal with the stress that surrounds us. The 30 RIVERS PROJECT offers calm and peace by telling people to #findyoursolitude.

2. Even though the absolute amount of water on Earth is the same it was millions of years ago, what has happened is that there are many more people wanting a share of this limited resource. Due to the demand and other technological advances, the available water is fast getting polluted and contaminated. We need to consciously protect this finite resource. #DayZero is already upon us.