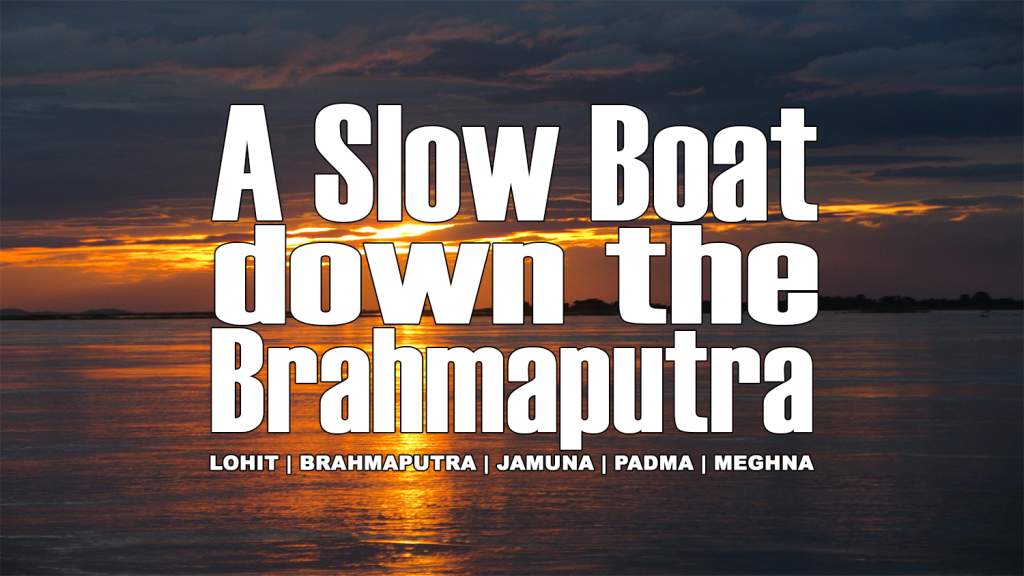 The mighty Brahmaputra is one of the greatest rivers in the world. In terms of volume and in terms of length. It is a river that has multiple names depending on where it flows through. It is called the Tsangpo in China. It takes on the name Siang as it enters Arunachal Pradesh in India and continues its turbulent journey through the Himalayan mountains making it one of the most sought after white water runs in the world. As it enters the plains in Assam it takes on the name Brahmaputra which it retains till it flows into Bangladesh where it is called the Jamuna. It is then joined by the Padma and then the Meghna before finally discharging into the Bay of Bengal. It is the tenth largest river in the world by discharge and the fifteenth longest. In Hindu mythology Brahmaputra is the Son of Lord Brahma. The Brahmaputra is one of the very few rivers that are considered "male" in the Hindu pantheon.

About 3,848 km long, the Brahmaputra is an important river for irrigation and transportation. The average depth of the river is 124 feet and maximum depth is 380 feet and is prone to catastrophic flooding. The average discharge of the river is about 700,000 cu ft/s and floods can reach over 3,500,000 cu ft/s. It is a braided river and is highly susceptible to channel migration. It is also one of the few rivers in the world that exhibit a tidal bore. In places in Assam, it can be as wide as 10 km wide.

Majuli is a river island in the Brahmaputra River and the first island district of the country. The island had a total area of 1,250 square kilometres at the beginning of the 20th century, but has shrunk to 352 square kilometres in 2014.

The Lohit River is a tributary to the Brahmaputra River. It rises in eastern Tibet and surges through Arunachal Pradesh for 200 kilometres before entering the plains of Assam. Tempestuous and turbulent, and known as the river of blood, it flows through the Mishmi Hills, to meet the Siang at the head of the Brahmaputra valley. Thickly forested for the most part, alpine vegetation gives way to subtropical forests, and then to some of the densest tropical jungles in all of India. Rhododendrons bloom in many hues in the upper reaches, while orchids reveal themselves in the lower section. This is a treasure house of medicinal plant and herbs, and the home of Mishmi teeta, the coptis plant, prized the world over for its medicinal properties. The Mishmi tribe holds sway in the hills, while in the plains are the Khamptis and the Singphos.

The SLOW BOAT DOWN THE LBJPM expedition commences at Parashuram Kund on the Lohit River. After negotiating the multiple sand bars, the canoe will be on the Brahmaputra where the Lohit joins it. At Dhubri, the river crosses over into Bangladesh, becomes the Jamuna, and continues its south bound journey where it met first by the Padma river and then the Meghna river before emptying into the Bay of Bengal. The slow boat will continue along the coast of Bangladesh to end the 1,600 km journey at Cox's Bazar.

Into Bangladesh and to the Bay of Bengal

The Jamuna is highly susceptible to channel migration and is characterised by a network of interlacing channels with numerous sandbars enclosed between them which do not occupy a permanent position, changing with every rainy season. This makes it difficult to demarcate the boundary between the district of Pabna on one side and the districts of Mymensingh, Tangail and Dhaka on the other. The confluence of the Jamuna and Padma river is unusually unstable and has migrated southeast by over 14 km between 1972 and 2014.

The Jamuna is a very wide river with its width about 13 km in the rainy season and about 5 km in the dry season making it a very important waterway, navigable year round by large cargo and passenger steamers. The Meghna river too is very wide, averaging about 12 km from bank to bank. The combined flow of the Padma, Jamuna and Meghna moves down to the Bay of Bengal in an almost straight line forming the largest delta named Ganges Brahmaputra delta.

According to current information, this is the first time a canoe will be paddling down this route.

The tentative dates of the expedition is Nov-Dec 2019.