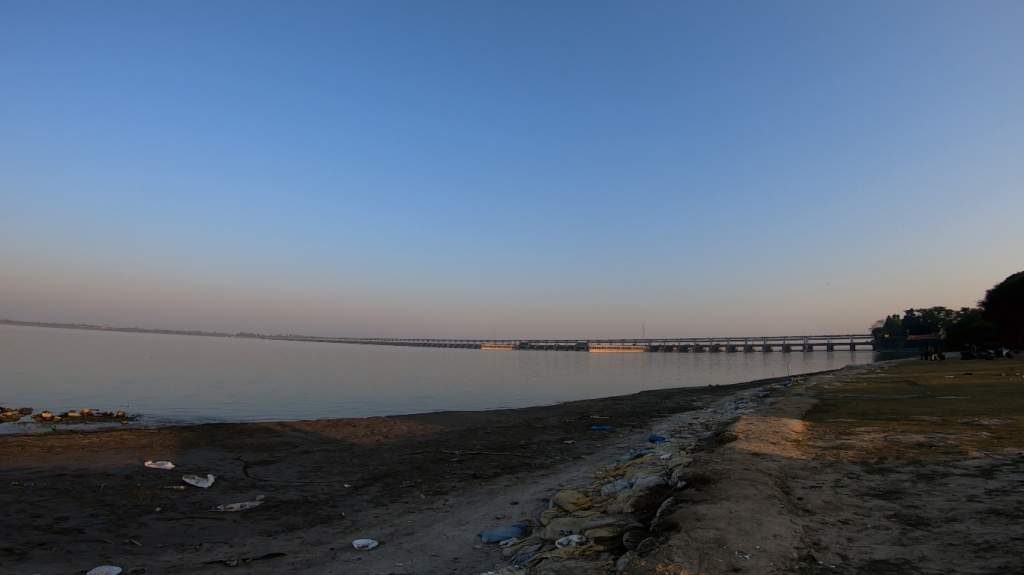 Slow Boat Down the Ganges Update 61

One extra day at Farakka was called for. I have been to Farakka before, many years back, when I was motorbiking to Sikkim and Bhutan, and apart from the horrendous condition of the roads, I do not remember much of anything else. The Farakka Barrage was a must visit destination and it made sense to give the tired muscles a rest, and do some sight seeing.

Needless to say, the condition of the roads has not improved in the twenty odd years since I visited this place. In the morning, we wanted to find a place to give the vehicle a much needed once-over. It had changed colour from the grey it is, to the dirty mud caked brown it had become since Varanasi. There was dust and much everywhere and it was crying out for help. Google maps happened and we headed for what seemed to be a car wash joint. The Barrage had to be crossed and that gave an opportunity to take a first hand view of the structure that has created a fair bit of animosity between India and Bangladesh. The traffic was horrendous and we realised that the Barrage itself was a one-way street. It took us more than half an hour to be allowed to go across, and more than an hour to get back into town. This is sacrilegious for a country that is counting itself among the top few nations of the world. The roads coming into Farakka, the roads in town, and the passage across the Barrage are certainly not something that we should be proud of.

We reached the car wash place, and no, it was not where Google pointed, but a ramshackle and decrepit shack. Nevertheless, the bloke there did a fairly good job at bringing out the original colour of the vehicle. This despite having to wait for more than half an hour for the electricity to come back on. The visit to the car wash from the hotel and the drive back took more than three odd hours.

On the way back I wanted to check out the put-in point for tomorrow. It would have to be just before the Barrage itself, and after the lock gate that separates the Ganges river from the Feeder Canal. Chandru was too fatigued to go out on a drive once again, and Raghu joined me in this part of the exercise. We headed out to the Ganges and saw the Farakka Barrage.

It was just another Barrage, but according to environmentalists and other people in the know, this is creating more problems than it was designed to address and solve. Rivers have a tendency to find their own course and what has been happening in the past decades is that the Ganges is changing course, bypassing the Barrage and inundating surrounding villages. People opine that in a few decades the area around the Farakka Barrage will be barren and the Ganges will have found a whole different channel to flow through. Anyway. People with far more knowledge than me are addressing this issue, though I am sure, in the end, Nature will have the last laugh.

The Farakka Barrage is the last spot where I will be paddling the Ganges. Once I hit the Feeder Canal, I will be away from the Ganges and headed into the Hooghly river, and thence to the Bay of Bengal.

There was a fair bit of security in and around the Barrage and the lock gates that opened the way to the Feeder Canal. Signboards warned people that photography was prohibited, and that this was a protected area. With modern technology, I find this kind of proclamation an exercise in futility. One does not need to be physically present at a location to take pictures. Technology ensure that one has access to photographs, coordinates, and more. There was an armed guard standing where I parked the car to be able to take pictures. I witnessed the guard shooing away a couple of people from even standing next to the river and looking towards the Barrage. They were not even taking pictures. However a hundred yards away was a spot where hundreds of people were partying, with full and unobstructed view of the Barrage. Probably this location was outside of the mandate of the policemen standing guard and they did not care what the people visiting this place were doing.

This place was where I would have docked had I paddled into Farakka. It was a beautiful place that can be developed into a wonderful place for people wanting to spend time on the banks of the river, but it was positively filthy. A signboard boldly proclaimed DUSTBIN, but there was no dustbin in sight. A sad reality of India is that even tough the Government might have the right intentions in cleaning the country of visible filth, the infrastructure is not adequate to ensure people lend a hand in that effort. And again, there was visible human poop along the banks. There were no public toilets that I could see, but even if there were, maybe we are not yet educated enough to make use of them. India is still a long way away from becoming an Open Defecation Free country. Probably a couple of generations have to pass by before a semblance of public decency and hygiene emerges in our collective mindset.

It was time to set sail from Farakka. The day dawned bright and early. much earlier than is the normal for me, and we were at the put-in point around eight in the morning. The winters have died down entirely in this part of the world, the fog was non-existent, the the Feeder Canal beckoned the next stage of the journey.

Ever since Chandru and Raghu have joined me as road support from Varanasi, I have been paddling about thirty to thirty five kilometres a day. Also, I have been skipping sections of the paddle in order to make up time. Today’s paddle was targeted to have to been Raghunathganj, and I did manage that distance almost entirely, stopped just a few kilometres short, for the sheer benefit of having the road meeting up with the river at a place called Sadikpur. It is such a blessing to have a road support team.

The paddle today was extremely peaceful. I had a healthy tailwind that ranged between eight to ten kilometres an hour. I even had times when the tailwind was close to twenty kilometres an hour. Even without me paddling, the boat was being pushed gently along at a steady clip of around four to five kilometres an hour. The landscape changed too dramatically from what I have witnessed till now. The banks of the Ganges so far was boundaried by nothingness. Thanks to the annual floods, villages have moved further inland, and on pretty much both sides of the river one sees nothing except miles of barren sand. Once on the Feeder Canal, vegetation was dense, villages were thick and frequent, there was a road alongside both sides of the river, and there I could see villagers almost back-to-back throughout. Thanks to the tailwind I managed an average speed of upwards of seven kilometres an hour, much of the time without even paddling, letting the wind do its thing.

We packed up the boat at Sadikpur and headed for Murshidabad. Murshidabad is the old capital of the Nawabs of Bengal and this is where the famous Battle of Plassey was fought. Nawab Siraj-ud-daula lost the battle to the army of Robert Clive, thanks in no small measure due to the treachery of his general, Mir Zafar. This loss led to the setting up of the British East India Company, and then to India becoming a crown jewel in the British Empire.

Many years ago, when my father was the Director General of the National Cadet Corps, he had recreated the Battle of Plassey at the very ground where it was fought. I understand that today there is a a show that is staged every evening recreating that battle. I would like to believe that my father had something to do with the Government realising that history had to be preserved.

Passing through this historic city and not visiting the many places of interest was not an option and I decided to spend an extra night here. We checked into a nice enough hotel at Murshidabad, and after a few hours of yapping about this that and everything in between, it was time to call it a night.

One twist in the tale happened today and that is the fact that both Chandru and Raghu are peeling off from Calcutta on the tenth. That put a bit of a spanner in the works from the itinerary point of view. I was planning to be in Calcutta around Dec 11. But with them booked on a flight on the morning of Dec 10, I will have to rethink the plan. First, the vehicle. I cannot be stranded with a vehicle without someone to drive it. Second, what about the plan to be at Sagar Island in time for the Gangasagar Mela. A few minutes later a plan emerged.

I had to be in Chandannagar. I should have been there on Jan 10, but changed the plan to be there on the evening of Jan 9. I will leave Murshidabad on the morning of Jan 9, paddle till Berhampore, then transport a few kilometres short of Chandannagar and start paddling again to reach there by evening. Then Chandru will take the car and drive to Calcutta airport where it will be handed over to my brother-in-law. I will keep the bare minimum equipment necessary for the final day’s push to Calcutta on Jan 11. Or so is the plan. Let’s see how things pan out over the next couple of days. Meanwhile, it is time to absorb and imbibe the history of the onset of the British Empire in India, that started right here in the town of Murshidabad. 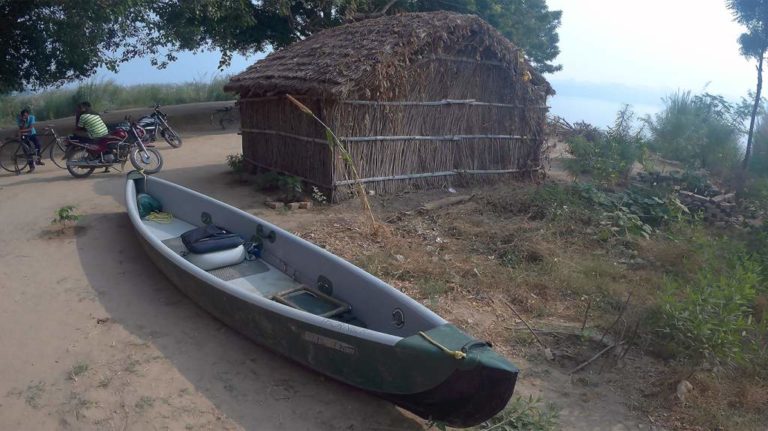 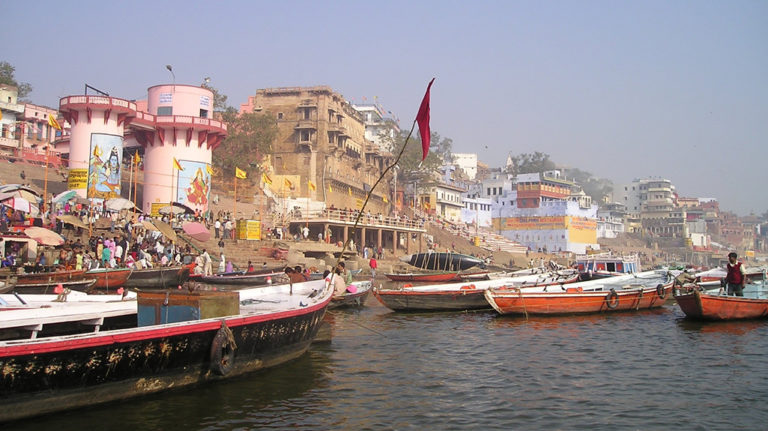 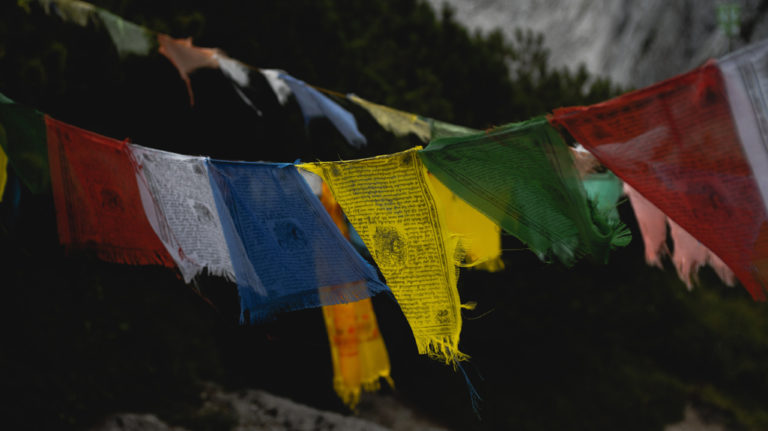 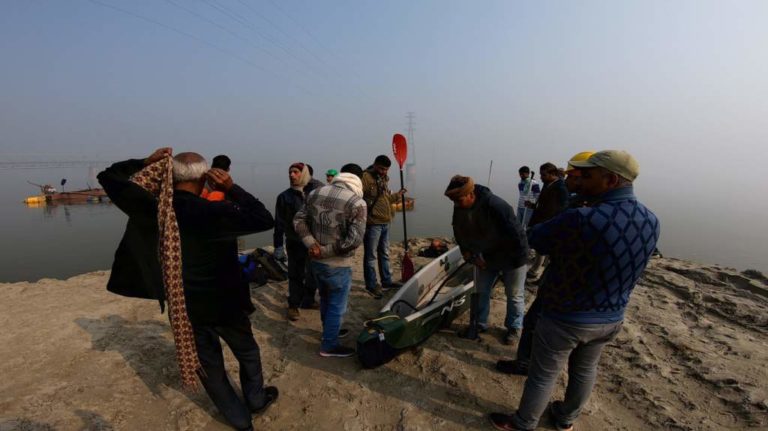 Slow Boat Down the Ganges Update 59 We woke up to the renewed hospitality of the Sharma brothers. It was… 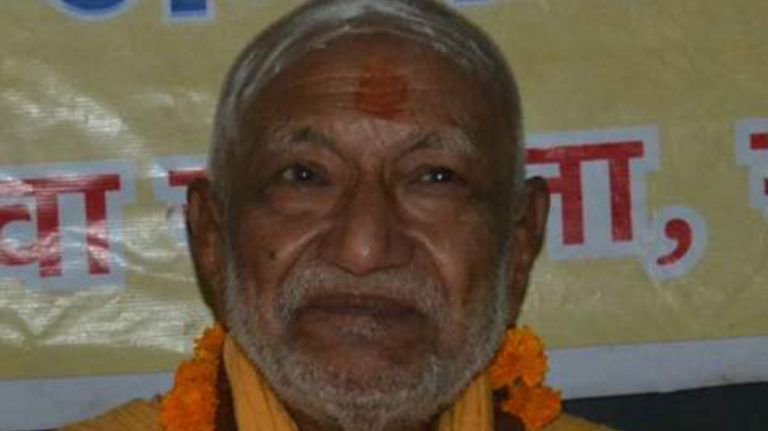 Slow Boat Down the Ganges Update 33 There has been an unfortunate death for the Ganges. Not ON the Ganges,…