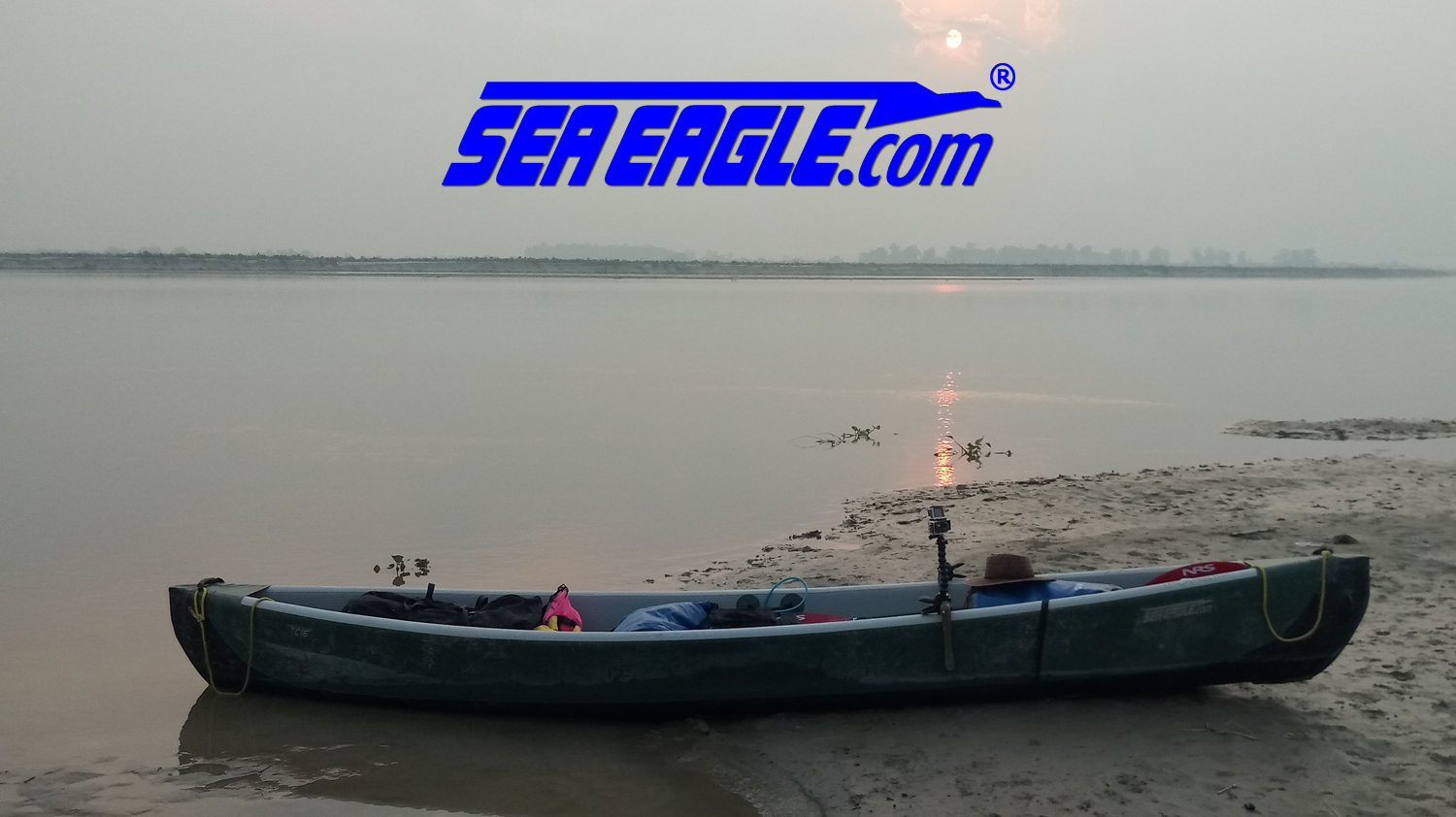 It is a happy day for me. Today, February 11, 2020 I was presented with two enormously good pieces of news. Two things that are entirely independent of each other and one of them directly connected to the expedition. But first, the first one, one that has nothing to do with A Slow Boat Around Sri Lanka.

The City-State that I live in, Delhi, went to the polls a couple of days ago and views were divided on what the results will be. Many people felt that the “anarchist” Government of the Aam Admi Party (AAP) would be decimated by the party that is currently holding centrestage in the national discourse, the Bharatiya Janata Party (BJP). Others were confident that the results of the work done by the Aam Admi Party over the past five years, particularly in the field of education, electricity, health and drinking water would see them through. The last time they won 67 of the 70 seats. I do not think anyone, even the most ardent supporter would have expected them to repeat that feat. Well, once the counting was done and the fat lady had sung, they ended up with 62 of the 70 seats, unprecedented many say, vindication as opined by many others.

This result made me happy since I do not quite favour the politics and the ideology of the BJP. Now to the second piece of wonderful news.

As you might remember, the air  intake nozzle of my canoe had broken and replacements were sent by Sea Eagle Boats, free of cost, and it reached me in less than a week, all the way from the US of A. I was so happy with this. But that was not the end of the story. While I was corresponding with them, I suggested an association for the Sri Lanka expedition. What I was told was that the owners were out of town and the possibility of an association would be raised and discussed with them once they were back in office in a few days.

When I bought the boat a couple of years ago, they were good enough to send me two life jackets free of cost and I was extremely obliged to them for that thought. Then last week they sent me the nozzles free of cost. If an association were to come about, whatever the form and manner, I would be happy. Meanwhile, I have already recognised them as a sponsor of A Slow Boat Around Sri Lanka.

A little while ago I was again chatting with Navneet Syal and he mentioned that he would be speaking to the owners. A little bit later he told me that they were looking at reimbursing a percentage of the cost I had paid for the canoe. That sounded good to me. I was not even looking at the amount of the reimbursement, every little bit would add to the kitty. But then, something happened that completely blew my mind.

I got a message that they would reimburse me the ENTIRE amount that I had paid for the canoe.

A princely sum of US$ 1400.27. This was so awesome. And not only did they confirm this contribution/sponsorship/reimbursement, but the wire transfer was also completed within minutes.

A couple of hours ago, I was still trying to figure out how to meet the basic costs. I was short by about Rs 50,000 (about US$ 700) which meant that I would have to figure out how many days I would have to camp out instead of staying in a hostel. Or if would have to take a rain check on a fabulously smelling plate of fish. Or if I would have to find a place to stay closer to the beach because I did not have the money to hire a local transport. With US$ 700 these things will become much much easier. But then, with double the amount I was looking for even a couple of hours ago, I can now stop counting pennies.

Thank you Sea Eagle Boats for your generosity and support. I remain indebted to you. And let me reiterate, you have a wonderful product and I know for sure that the stress I will encounter on A Slow Boat Around Sri Lanka will not be with regard to the boat. It was a tremendous investment for me when I purchased it, and now a welcome gift from an incredible organisation. May you grow from strength to strength and may you be blessed with good thoughts from every owner from around the world. 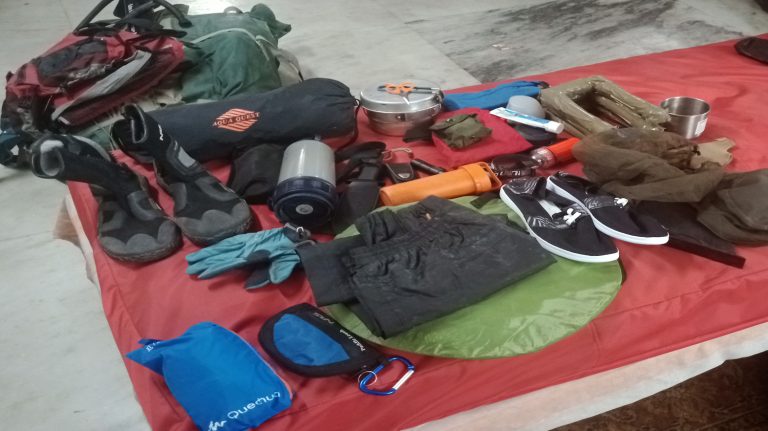 I have learnt to pack light. It was not always so. In fact, on the Ganges I had to offload a whole lot of gear progressively. By the time I reached the end of the journey more than 2,000 km downstream, there were still things in my kit that I never even touched. I have… 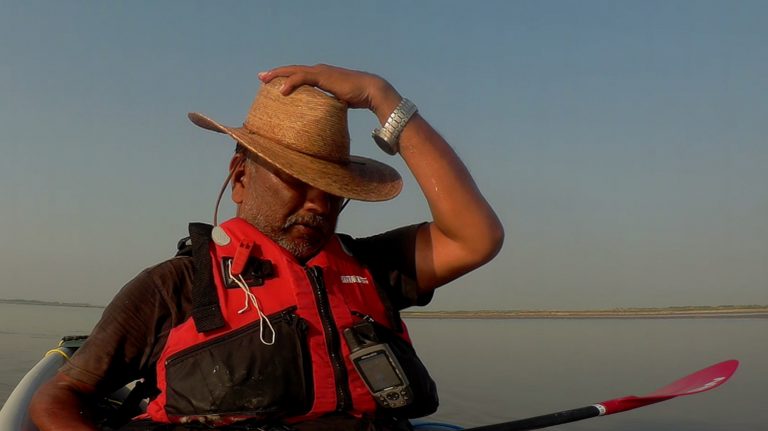 This is a fact. The paddle around Sri Lanka is unlikely to be anything like the one I experienced while canoeing the Ganges a little over a year ago. For one, the Ganges is a river. And largely devoid of any water of any consequence, no current at all except a very gentle one that… 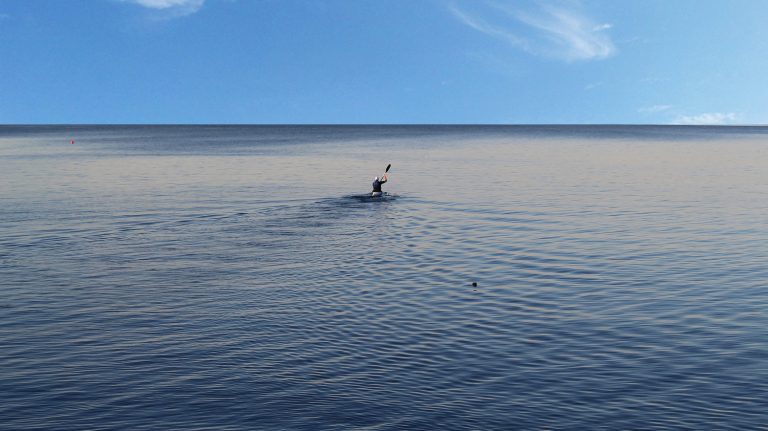 There is literally no end to the kinds and types of gear and equipment that can be added to the kit list, particularly for an expedition such as this. If I had a larger boat and was embarking on a more perilous journey without access to shore every evening, I would most definitely have invested… 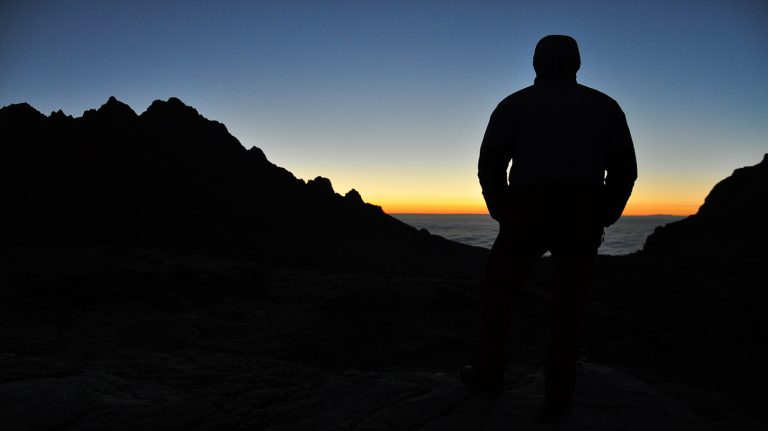 The author André Gide once said, “You cannot discover new oceans unless you have the courage to lose sight of the shore.” This statement has taken on a very real meaning for me. And I not talking metaphorically or philosophically or allegorically or even humorously here. This is very literal. I am actually planning on… 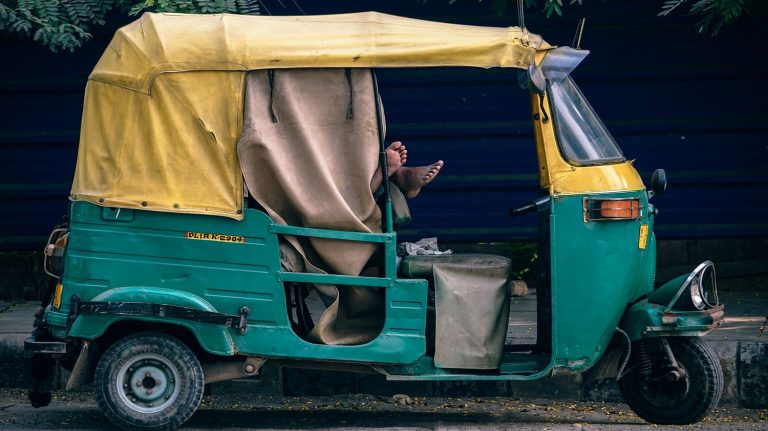 As you might have gathered from the earlier posts, I have been looking for a way to manage a Shore Support Team. Essentially to hire a vehicle with a driver. All our non-essential gear, not required during the day’s paddle, can be transported in the vehicle, while the driver can act as our local liaison,… 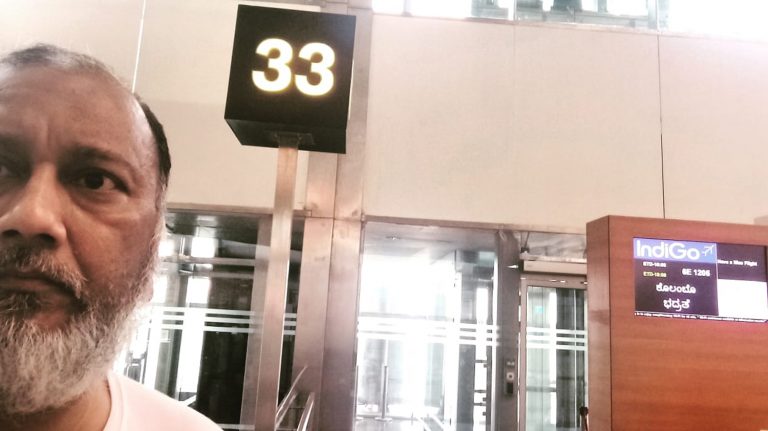 It was a heady night on the last day of February. I could not wait long enough to catch my flight to Colombo to start A Slow Boat Around Sri Lanka. I had weird pieces of luggage and gear and I was certain that I was horribly overweight. I had already pre-paid 15 kg of…